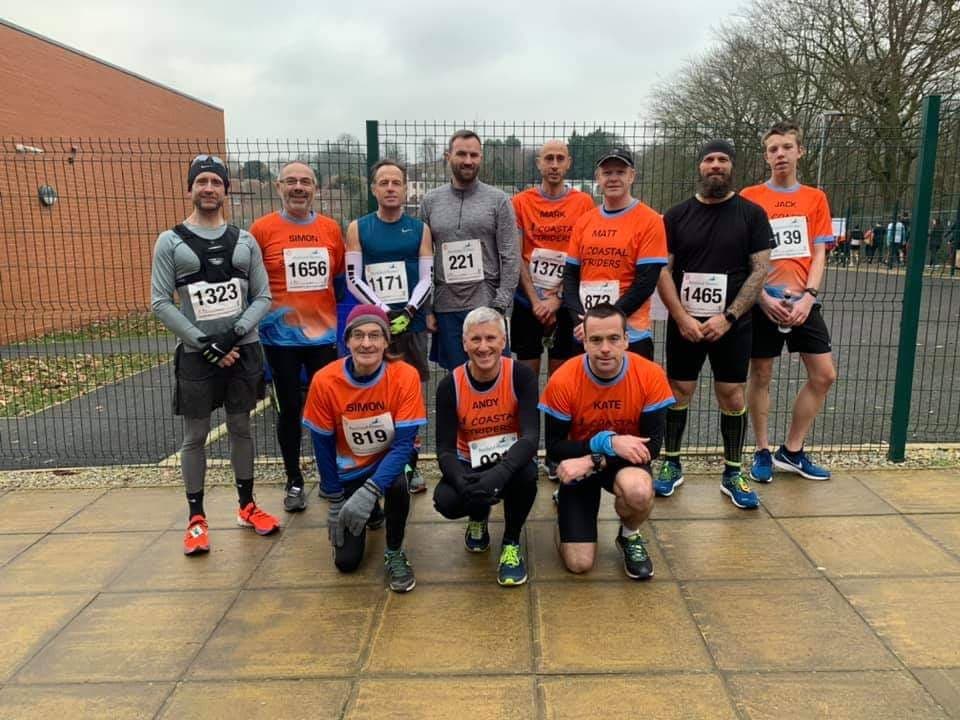 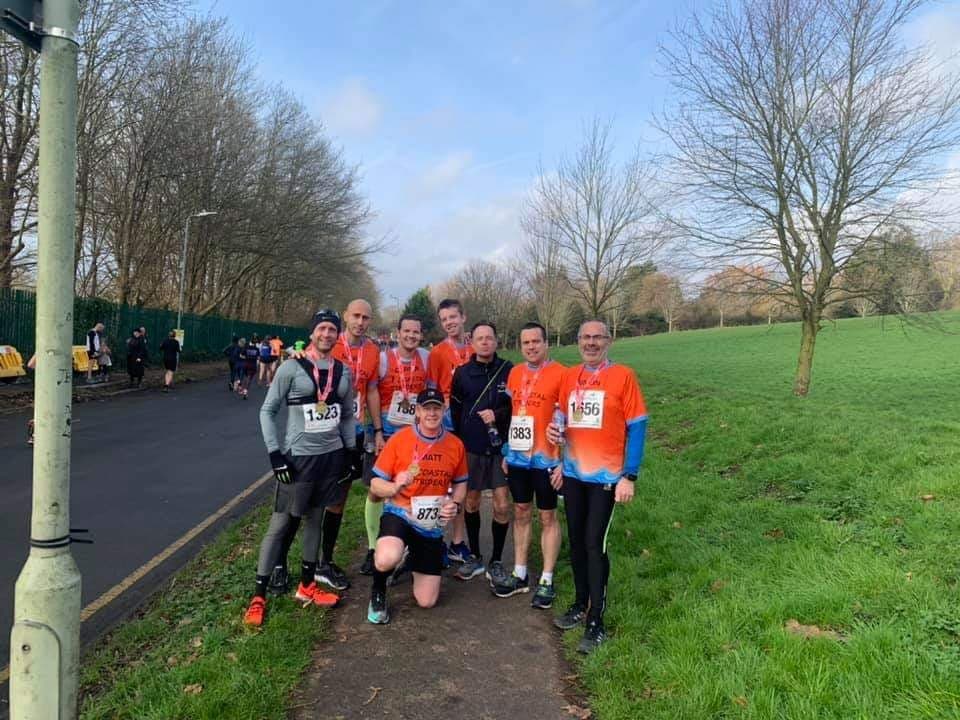 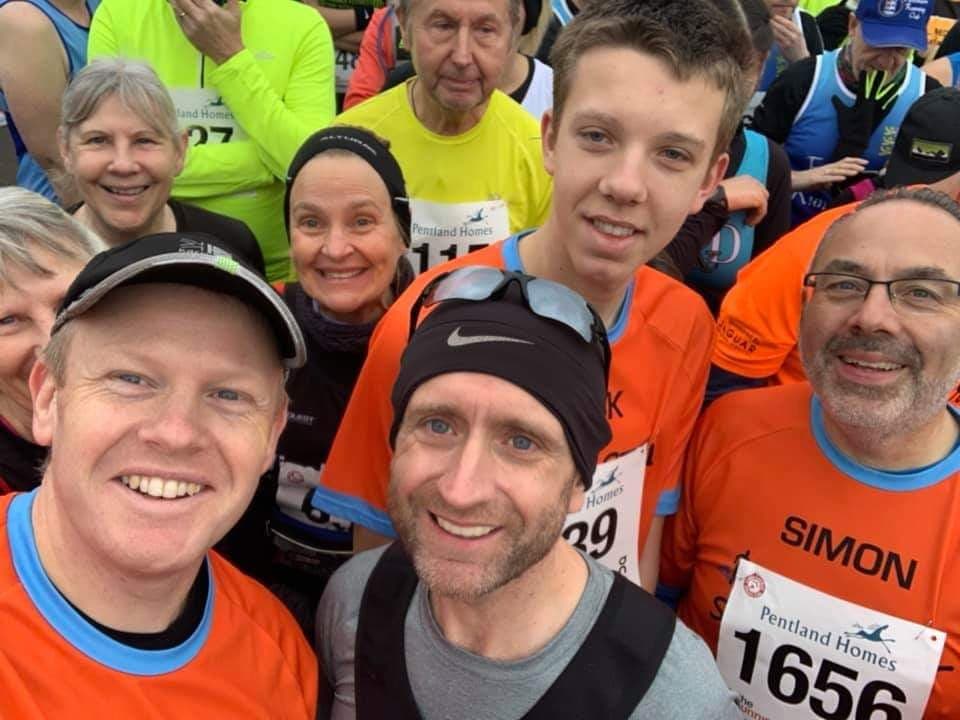 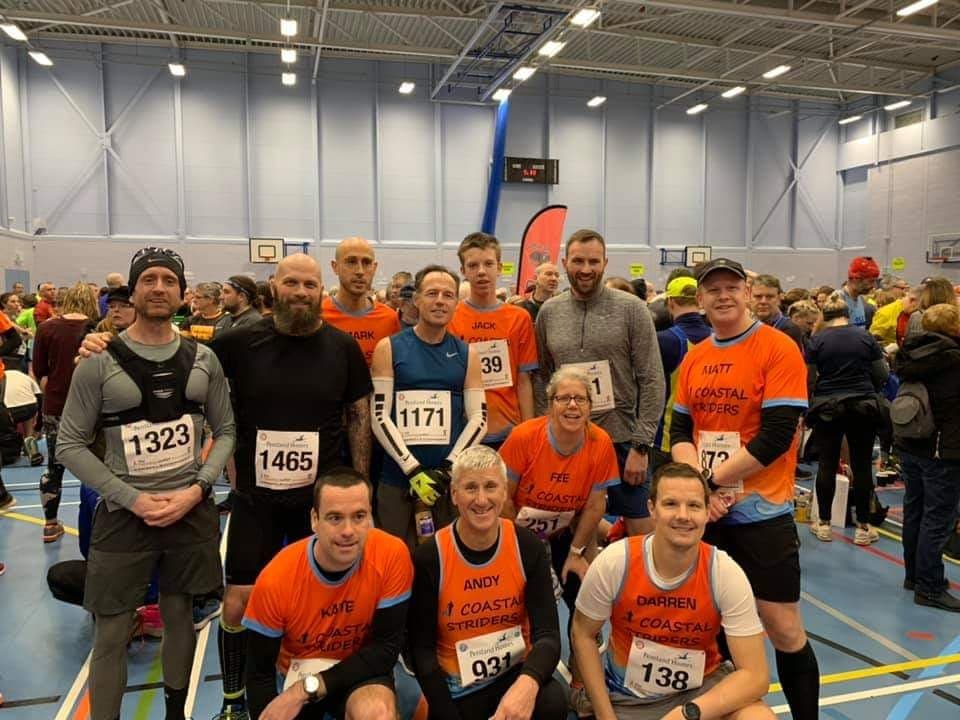 I rose early with anticipation of the big day. I went through what I thought was a race day ritual that I made up as I went, because today I would run my first official race.

A few week previous, I saw a post in the Coastal Striders chat. It was suggested by our unstoppable and ever encouraging Men’s Captain Darren Sayer that anyone keen should hurry and sign up for the Canterbury 10 before it fills up and any late comers would have to wait until the 2021 edition. My thoughts were this would be a great opportunity for me to test myself and scribe a benchmark in my training for the 2020 London Marathon. I learned a lot!!!

After a fun party bus like ride, Matt Kirby, Mark Savage, Lee Carpenter, our gracious driver Mark Roberts and myself arrived in Canterbury in high spirits to find perfect weather for a run.

We checked in and received our numbers and timing chips. Lee and I being newbies to the whole race thing decided that we would run the course together and that was a great decision because we had a fun time.

The Coastie’s participating in the race were easy to spot in the nearly 1500 strong crowd due to their handsome club running tops. We had a few pre-race photos with the others who had made their way to the race by other means. We made our way to the starting area. Lee and I said good luck to the others and found a bit of space near to the 90 minute finish time area of the start. Our goal was to have fun and hopefully finish sub 1hr30mins which we both felt was within our abilities. As the announcer said a few (of what I can only guess were encouraging word I couldn’t hear because we were so far back from the starting line), the race was started!!!

The course is very picturesque and after about mile 1 you find yourself running in the lovely countryside that surrounds Canterbury. I believe the course description is “undulating“ which is code,like an allergy warning for “may contain hills”. I didn’t find it too bad and lots of talk pre-race was about Bekesbourne hill at mile 7, which was definitely there!!! One little gem that was kept suspiciously quiet and a bit of a shock coming around the corner leaving Patrixbourne village was Keepers Hill. It looked like it went straight up! After cresting the summit of Keepers, the course has a medley of up’s and welcome downs before presenting Bekesbourne Hill as its final hilly challenge. With that behind you, you find yourself eventually retracing the outbound course to be gifted a with 300m of downhill to the finish line.

All the runners were still in high spirits when we came back together as a group of Coastal Striders, who had adventures and stories to tell as we all basked in the afterglow of the whole thing.

We returned to our homes that afternoon and I’m sure, to a post-race ritual of physio on our well used legs.

Now, no longer a Newbie to running in a race crowd, I will definitely enter other races and make more memories with the great people who can proudly call themselves “Coastal Striders”