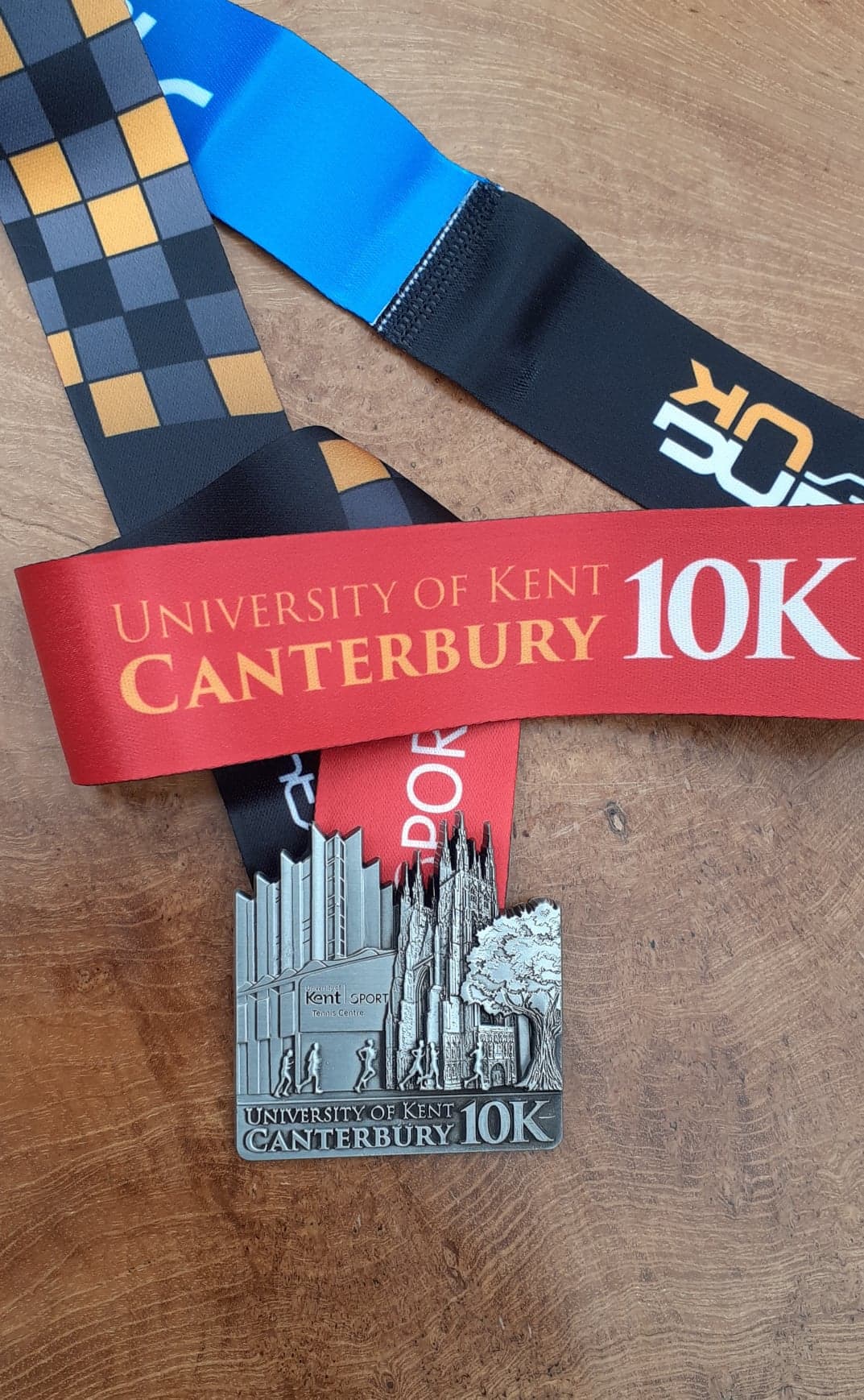 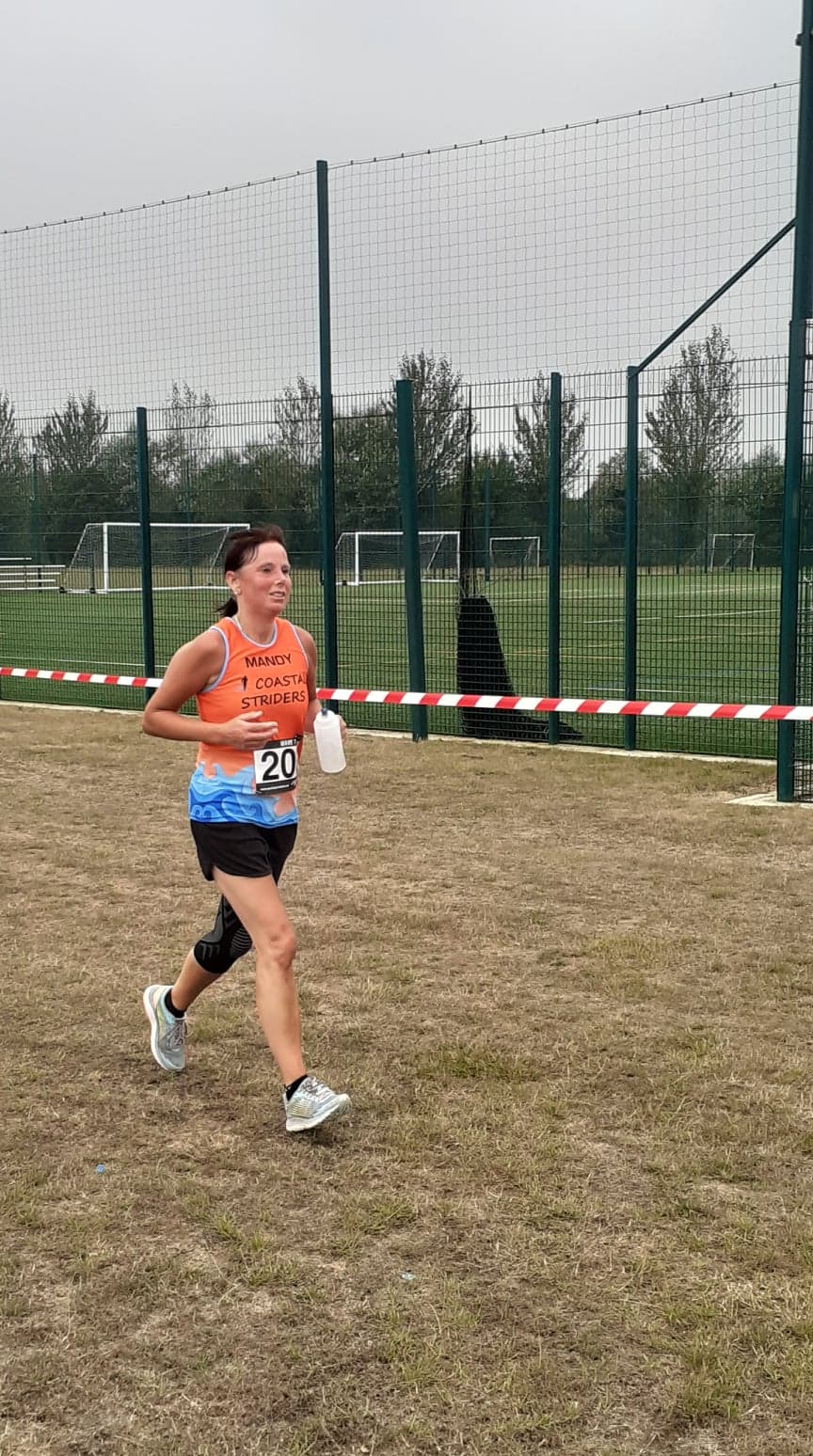 So this was my second race which had been rescheduled due to Covid 19. This race was due to be held in May and was now happening on a very warm and muggy August morning!!!!

I arrived with plenty of time to spare and then proceeded to pick up my envelope (with masks and social distancing being observed), which contained my number, timing chip and medal. Of course the thought did go through my head, i could just go home now with my medal but NO, why not put yourself through all that pain and heat of doing a 10k- such fun 😉

We were started in small socially distanced groups and ran through the University grounds, leading onto the Crab & Winkle way, through the countryside. The race was a mixture of trail and tarmac and there were a few (quite a few) very demanding hills which seemed really hard with the heat.

It was nice to see one fellow coastie, Ryan Gerrard-Dargan, who was running in the opposite direction towards the finish, absolutely smashing it!!!

All in all the race was very well organised, with only 139 competitors and I felt totally safe. I did however feel that there were a lot more serious runners in this race than I have ever experienced before, which gave it a competitive feel.

The race was still enjoyable despite the heat and it was so nice getting back to do organised events. Looking forward to my next race. 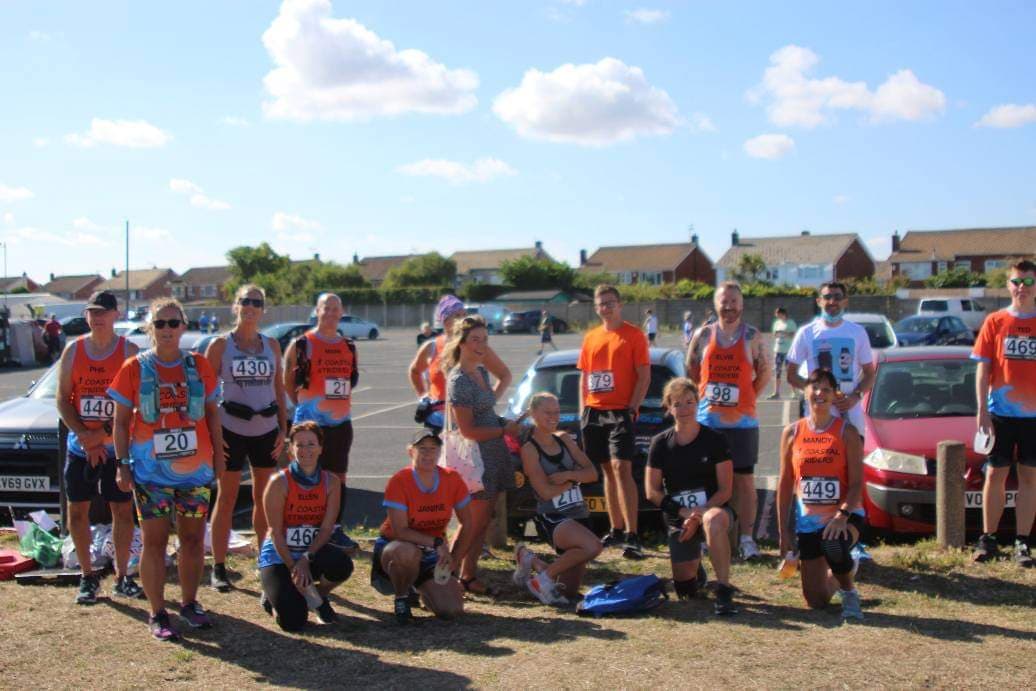 The Smugglers 10k, the first post pandemic race! To mitigate the risks social distancing measures were put in place, face-coverings to be worn when collecting race packs and runners separated into designated waves with a rolling start. Despite these measures, everyone was just happy to be running again, including the friendly faces of Elvis, Lisa, Sophia and Carol to name a few.

Unfortunately, no cannon this year, however, the chip timings and rolling start of 2 minutes between waves meant there was less congestion at the start line and more room to set off at your desired pace. Once the 2nd wave was allowed to go, I wished Elvis good luck and the race was on!

After the first half mile, the race took an unexpected turn down onto the trail track next to the sea-wall, the next couple of miles was an exercise in avoiding falling over whilst overtaking, feeling brave on mile 2 I overtook a guy at the front of my wave and just about managed to remain on my feet, it was definitely harder going than the usual sea-wall out and back.

Around 2 ½ miles the race ventured back up onto the tarmac and shortly after were the turnaround cones to head back along the sea wall. Enjoying the feeling of being back on the tarmac I picked up the pace and managed to pass a couple of people in wave 1 along the way.

The final stretch onto the green was quiet in contrast to the usual hustle and bustle, however, a few lovely people including Dave Pettman cheered me over the line and the race was done.

Due to the rolling starts it wasn’t till that night I discovered I placed 8th, completely unexpected but chuffed nonetheless!

Well done to everyone that took part and the race organisers for their meticulous planning, hopefully this event will pave the way for the return of other races.