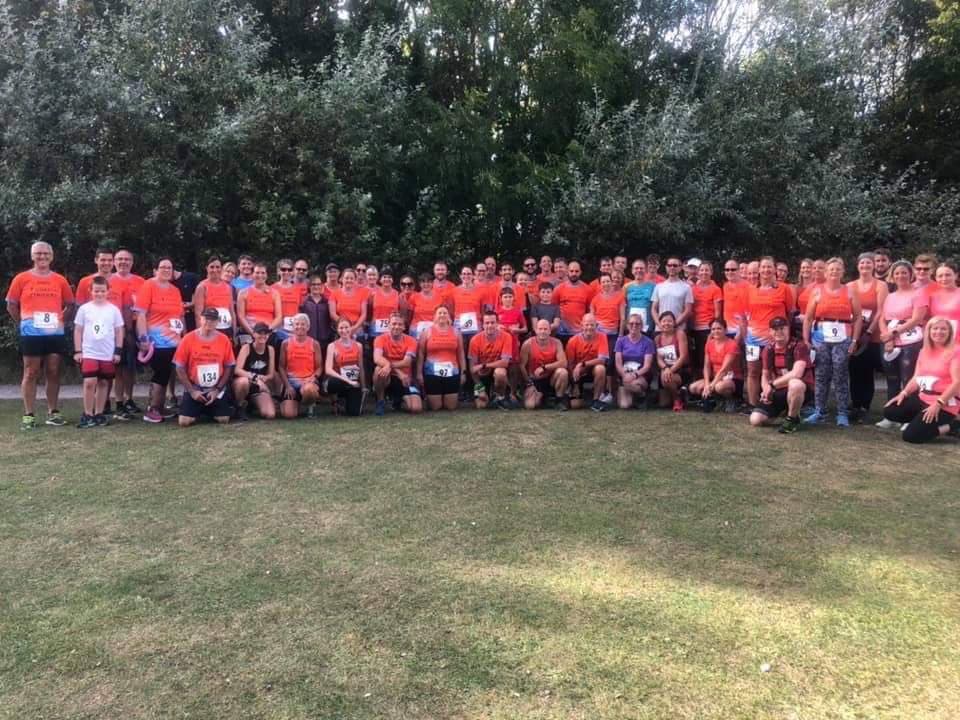 Coming into this event I'd never done a race with the exception of park run; I had no idea what to expect and was full of adrenaline. All I knew was that I wanted to do at least 8 of the 3.28 mile laps to achieve a marathon and that mosquito spray was a must!

The race started at 5pm,  just as the temperature was beginning to drop, and was due to finish at 11pm.  An hour in we had a light shower (which no one was complaining about!) which fortunately stopped as the sun set.  This made for incredible views over Pegwell Bay, just enough to distract from the burning calves.

The sun went down and there was no moon in sight, bringing some scope to the name 'Black Hugin'. Head torches lit the way from here, unfortunately mine died in the first half a lap, so from there I was running with a bike torch in hand!

After completing eight laps I was quite happy but I had my mind set on the dream of an 'Ultra'. I picked up the 'Race For Life' dog tag my Mum had left for me when she passed last year. I knew as I wrapped it around my hand tightly, with her in my heart I was going to complete it.

Pushing throughout, I completed 10 laps making it my first ever ultra marathon. As I told the lovely staff I was finished, they pointed out that I had an hour and a half left. I chuckled aloud as there's no way I could've continued. I'd had an incredible time on the course and was overwhelmed with what I'd acheived.

Then it was over to collect the trophy; a chunky golden viking ship with the Coastal Striders colours alternating along the shields. As they put it over my neck I had to walk a way to take a minute. I was choked with emotion in the best possible way.

I was told the vibe of the Black Hugin Challenge was a social event, but I really had no idea how much support there would be for each other until I saw it first hand. On each lap every runner was saying 'well done' to each other. Amongst the stunning scenery and feeling of success, it was that sense of fellowship that truly made the event for me.

One by one the Pegwell Country Park started to fill with a sea of orange with a staggering 68 Coasties taking part. This to-date is our biggest Coastie turnout for an event which was great to see, no wonder Traviss called it a ‘Coastie Takeover’.

Once the traditional team photo was taken, race preparations got under way; amidst a flurry of last minute drinks and nibbles and lighting checks, the distinct and slightly overpowering smell of Bug Spray hung in the air. Those mozzies were not going to get the better of us this year!!!

With Traviss’s race briefing done we all lined up at the start, at 5pm all GPS watches locked onto the Satellite’s and we were off heading along the country path towards Sandwich with most people not really knowing what they were about to achieve.

The course was an anti-clockwise loop of the Parkrun course before heading up the slope towards the Viking Ship, following the path through the trees by the Viking café up to the old Hoverport Entrance. We then turned right down the road towards the barrier then cut through the hedge to re join the path back down towards the Country Park. But then …. decisions, decisions …… do you ring out or get your card punched and continue ???

The Coastie Spirit was amazing with everyone trading well done’s and high 5’s as they passed each other. On by one we all rang the finishing bell and collected the awesome Black Hugin Medal which this year was done in Coastie colours which made it all that more special.

Great Stuff Guys And a special mention to our young up and coming Coasties, Leo, Archie & Lewis who completed their half marathon distances. As Coasties, we covered a total of 1173 miles covered that evening which is the equivalent of 36.5 times around the Viking Coastal Trail. A massive well done and thank you to everyone that took part on a truly awesome evening.

And a BIG thankyou to Traviss and his team for putting on yet another great event.

See you all Next Year Daz & Lorna 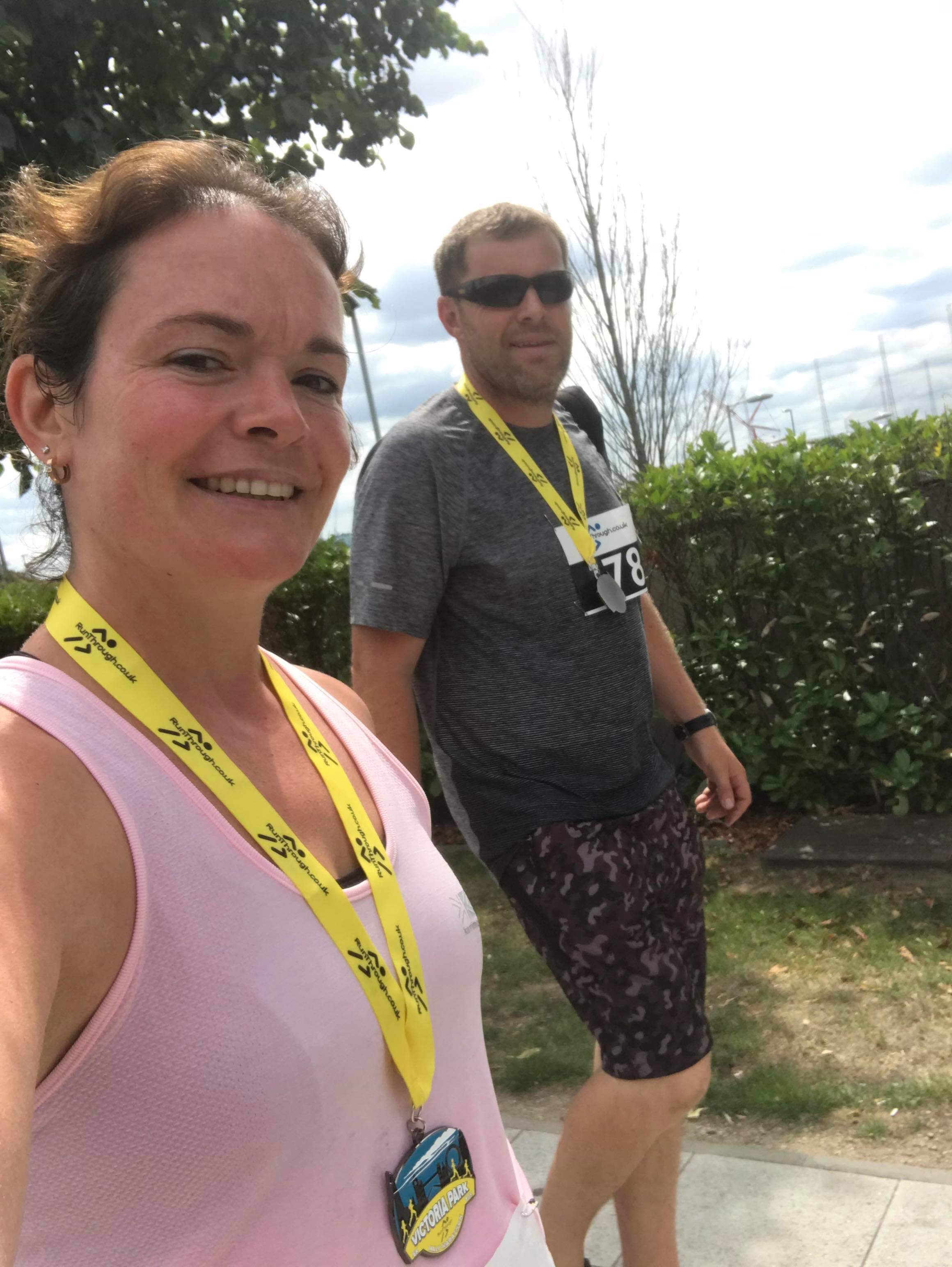 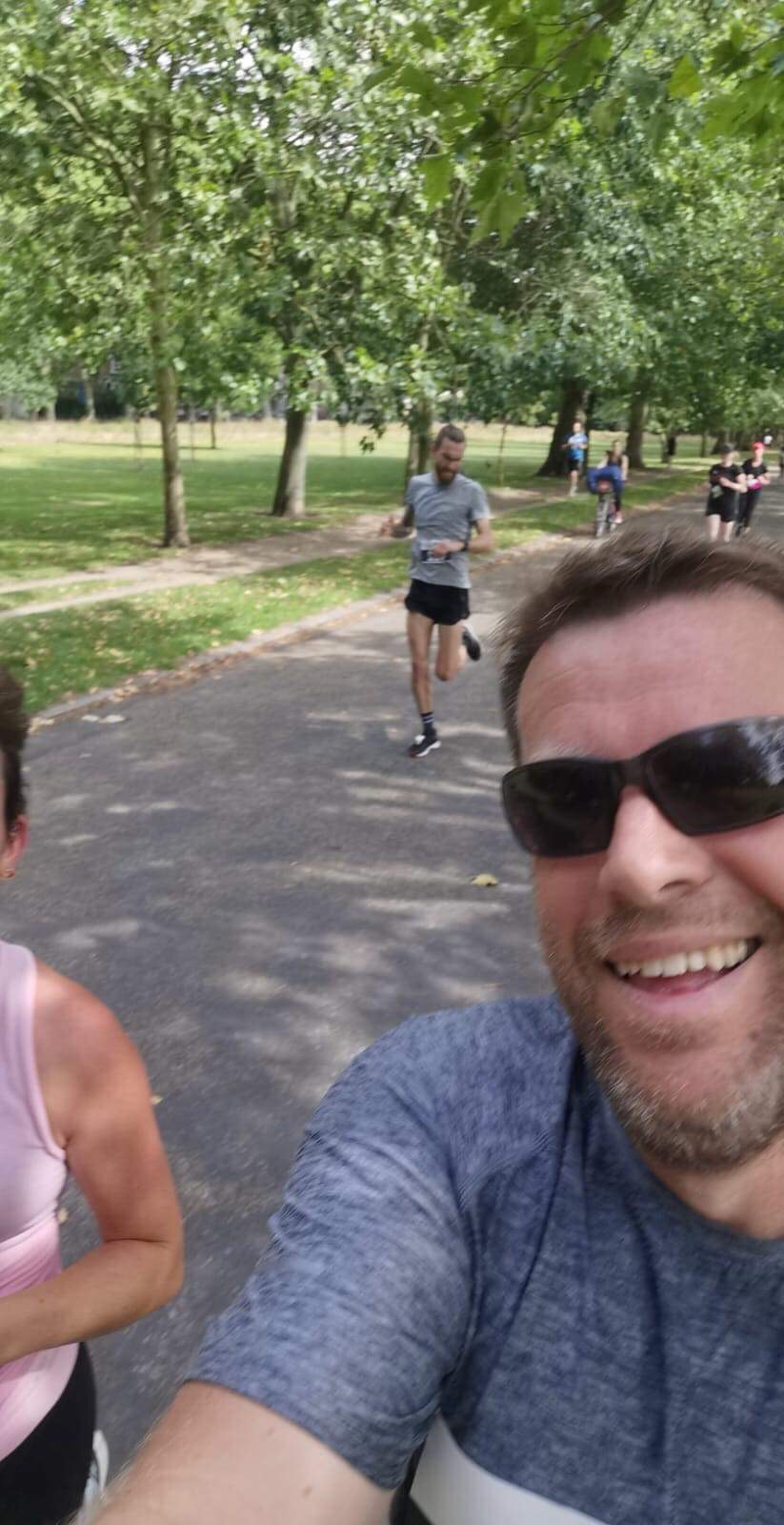 Me and Austin travelled to Victoria Park on Saturday 3rd August for our first Half Marathon event. Conditions on the day were good although very warm but luckily a large part of the course is shaded by huge trees. The course itself involved running 6 and a half laps of the park and for anyone looking for a distance PB this would be a good place to achieve that as the whole course is flat.

Austin loved the course and enjoyed the race and comfortably achieved a 10 min PB on his previous 1/2 marathon time and finished with a smile. For myself, my actual time would have been a PB had I not miscounted my laps (yes I know maths teachers should be able to count!!!) and then ended up doing more than half a mile extra! Typical me! So for those of you who either can’t count or get bored of having to think whilst running, this may not be the event for you.

To add to the slight confusion there was also a 10k and 5k race at the same time on the same route with different finish points. Despite this there was a great atmosphere and generous amounts of goodies on offer including soft drinks, corn snacks , recovery bars, flapjacks, fruit and crisps at the finish as well as bottled water being passed to you on every lap. There were also medal engravers and burger and coffee stalls for anyone wanting to buy bigger snacks. As far as events go, it’s worth a visit and there is plenty to do after as it is in central London. We went off for a massage and afternoon tea which finished the day off perfectly!