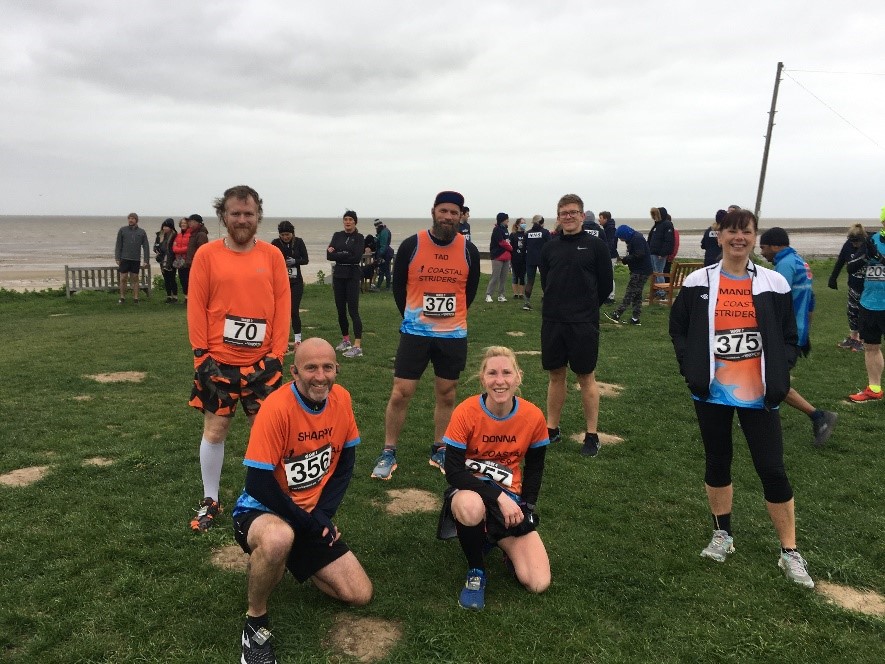 Brutal and bleak! The first 3 words that came to mind on turning up at 9am at Minnis Bay and leaving at 10:30 for the Smugglers 10k.

Due to COVID restrictions put in place the out and back course started initially on the main pathway before sloping off to the left taking in the trail route all the way to the Reculver Towers before turning onto the main pathway and heading back towards Minnis Bay for the final 5k.

325 like minded individuals looking to finally get a race under their belts in 2021 turned up to a very well organised event with all COVID protocols set out and followed including wearing of face masks to pick up the race pack containing the run number, tracker and of course the medal.

A good number of Striders met up at the start, social distancing of course and got the obligatory photo taken. A couple had missed the memo unfortunately.

Foolishly, I had opted to select a finishing time of 2 minutes quicker than my 10k PB so was put into the first wave. Good in some respects as I could get going and get warm rather than wait around in the wind but not so good seeing some runners steam out of the traps and become a dot in the distance within minutes! Soul destroying lol

The race plan was out of the window a quarter of a mile into the run, tearing down the uncompromising trail trying to avoid an ankle turn or trip in the ploughed mud, I was breathing hard and heart was racing. ‘You’re not going to keep this pace up!’ I thought. Still that didn’t stop me pushing forward…bad idea.

As I approached the turning point just before the towers, the legs were feeling weary and I knew this was going to be a tough 5k back.

I return to the 3 words I used at the start of this run report, BRUTAL and BLEAK….the turn was met with a full on 25mph wind which was to sap whatever energy I have left by 4 miles in and it became a test of will power to try to maintain a decent pace and the urge to stop and walk.

Seeing all the other later wave runners on the trail path on their way towards the towers gave the opportunity to say Hi and offer words of encouragement and seeing Darren Sayer coming towards me on a section of his marathon route certainly lifted the spirits.

Finally the end was in sight, running the last 20 meters across the grassed area where a number of pirates and smugglers cheered finishers through.

As I got into my car and waited for Donna Sharp to finish her race, I concluded this was one of the hardest runs I had ever had and wouldn’t be doing it again! ……See you at the Smugglers 10k in 2022 😊 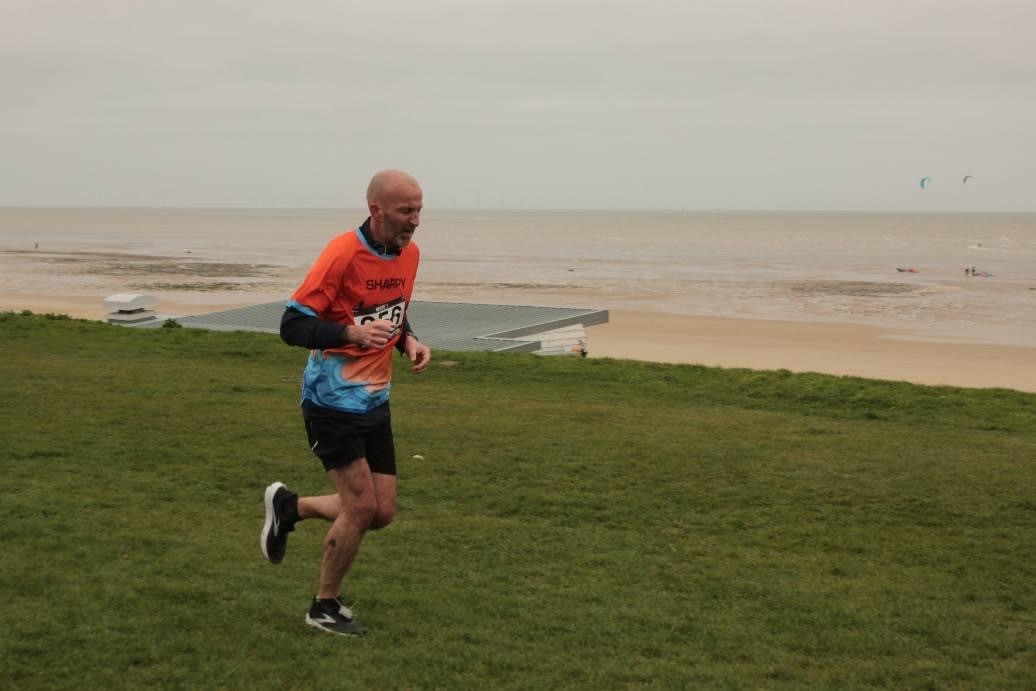